BERLIN, MARYLAND, August 27, 2021 – The man who inspired the Civil Rights anthem “We Shall Overcome” is the subject of a new song that aims to preserve his fading legacy and inspire a new generation.

The Reverend Dr. Charles Albert Tindley was born on Maryland’s Eastern Shore in the town of Berlin.  Orphaned at a young age, the freeborn son of a slave fought through great poverty and adversity to learn to read and become educated. Eventually, after moving north to Philadelphia, he would become one of the most revered African-American preachers in the country and a founding father of Gospel music.

However, in his hometown of Berlin, virtually nothing exists to celebrate Tindley’s memory or his legacy. 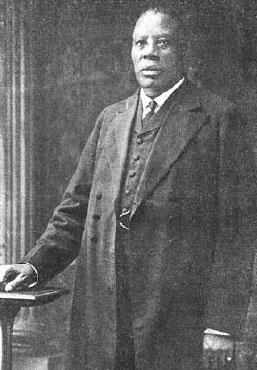 “The Tindley story completely knocked me out, as both a songwriter and as a former journalist”, said Russo. “The world needs Tindley’s story now more than ever. The music he left behind has been sung by millions of people all over the world – but most folks don’t know his name.”

Russo is a former print and radio reporter with more than 20 journalism honors to his name, including two Edward R. Murrow Awards, but he’s also a celebrated singer/songwriter whose five independently-released albums complement two decades of sharing the stage with more than 30 national acts.

“Writing this song,” Russo added, “was a way to try and save an important piece of the past while trying to educate and inspire those who are going to shape the future. I’ve always wanted to be a part of a group effort to really celebrate this incredible man, and I hope the song will be a spark that leads to exactly that.”

Russo recorded “Mr. Tindley” with an eight-piece band and choir at a small recording studio in Wilmington, Delaware, on March 14, 2020 – the day before America essentially shut down from the global COVID-19 pandemic, and almost two months before George Floyd’s horrific death at the hands of Minneapolis police officers that led to nationwide Black Lives Matter protests.

“What surprised me the most was, even the session players who knew his name from their time in the church, or working in the gospel genre, they didn’t really know his story or why he mattered”, Russo said. “After we discussed it, the air sort of changed in the room and it felt more like a mission rather than just a session.”

The first two verses of the song chronicle Tindley’s hardscrabble journey from Maryland’s  Eastern Shore to Philadelphia, while the third verse aligns his struggle with social issues that are happening today. Russo’s bluesy voice and heartfelt lyrics blend brilliantly with the choir as they ask the question that so many people of all different creeds, colors, genders and ethnicities have been asking for decades: when will we overcome? Its music video juxtaposed imagery from the Civil Rights Movement with footage from recent scenes of protest and civil unrest, while adding other flashes of scenes of hardship and hope that humanity has been living through as the song builds toward a jubilant big gospel finish.

What began in 2014 as a public radio piece on his former show Coastal Connection chronicling Rev. Tindley’s life, Russo’s quest to get long-overdue recognition for Tindley on the Eastern Shore evolved into an idea for a documentary and a tribute album, one that would see famous artists breathing new life into Tindley’s hymns.

After multiple failures to get the project to the finish line, and almost giving up on it completely, Russo wrote the song one morning in 2018.

“In the end, this song feels more like journalism than anything else I’ve ever done in my 20-year journey through both professions (songwriting and journalism)”, said Russo.

The song and music video for “Mr. Tindley” is the first release on a forthcoming album Russo plans to release under the name “Journos.”

All proceeds from “Mr. Tindley” will go directly toward helping to revive the annual “Tindley Day” Gospel Festival that took place in Berlin, MD up until 2011.

“Locally, I want to make sure Tindley’s hometown of Berlin properly celebrates and honors him,” Russo said. “Regionally, I want to make sure that his name is uttered in the same sentence as other prominent historical black figures from the Eastern Shore, like Harriet Tubman and Frederick Douglass. Nationally, I hope we can get people singing his amazing songs and feel inspired by his remarkable spirit and story.”

About Cornplanter Records: Russo launched Cornplanter Records in 2018 with his first cousin Christopher Shearer. Their critically-acclaimed release “Pennsyltucky” (under the band name Boys Called Susan) honors his late aunt and Christopher’s mother, Susan. The duo recorded the album with acclaimed producer Phil Madeira at the famed Butcher Shoppe studio in Nashville, backed in the studio by members of Emmylou Harris’ Red Dirt Boys.

Lyrically and sonically, the songs are filled with the same sort of biting social commentary that you’d find in recordings from the likes of Randy Newman, Bob Dylan, Elvis Costello and Pete Seeger.

Standout tracks include “Oh Tyranny!”, “Dirty Money”, “Something Worth Feeling Again” “Tangier” and “The Opener.”

“Each song on this record is a story”, said Russo.  “Some are scathing editorials, while others are satirical searches for clarity and levity in these times we find ourselves in as a human race. If there was ever a time to do a Pete Seeger kind of album, this is probably it.”